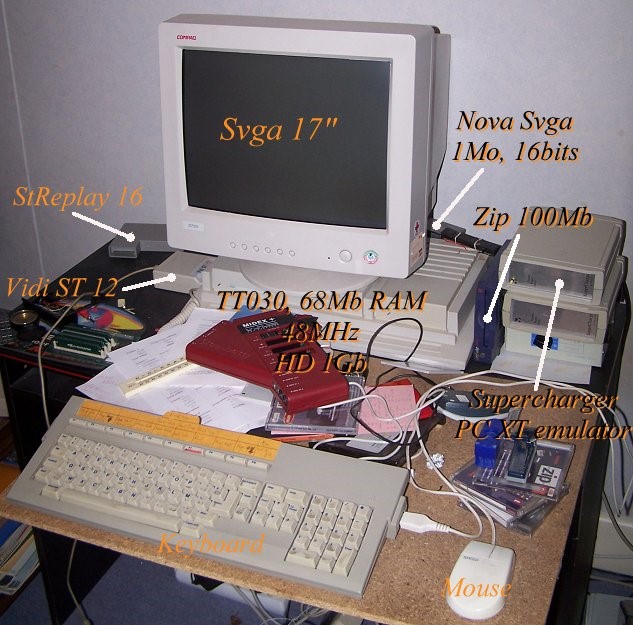 The most used and complete.

I bought it in 1993, with a minimal configuration (2 Mb RAM and a 52 Mb hard disk). I extended and enhanced it step by step, it really is my favorite computer. I can't count the hours I spent typing lines of codes on its keyboard.
On the Download page, you'll find some of the programs I wrote.

What's in the box?

Well, from this starting point, it grew up and became a real multimedia computer: video capture, sound capture, CD, ZIP, graphic card, ram expansions, etc... I still use it, most for programming.

What can be done with it?

All This Stuff Needs Food!